Book any course before 6th June for a chance to learn to drive for FREE! Find out more

What Are the Different Types of Roundabout?

Here in the UK, we have more roundabouts as a proportion of the overall road network than any other nation in the world. There's a good reason for this: these circular junctions are proven to be safer than traditional intersections, with far fewer possible collision points. Nonetheless, they can still prove a little tricky for the uninitiated—especially given the numerous different types of roundabout you may come across while driving.

That's why we've created this handy guide introducing the different types of roundabout. We'll also provide tips on how best to approach each type, helping you to take to this oft-maligned junction like a duck to water. 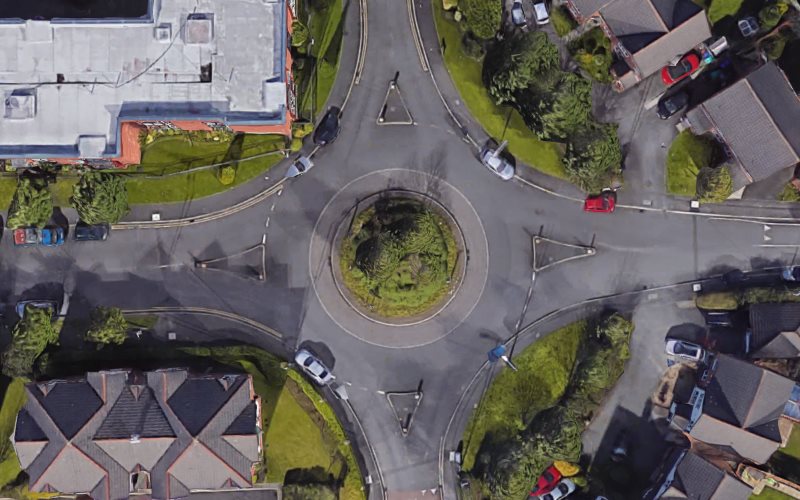 When driving around your local area, you're highly likely to come across a standard, single-lane roundabout. These junctions appear when two or more roads meet, and (as the name suggests) feature just one lane around a central island. There are no traffic lights on this design, though you may see signs on your approach to the roundabout.

Wait at the give way line when reaching the roundabout, giving priority to traffic approaching from the right. Watch out for other road users already on the roundabout, and look forward before moving off to make sure traffic in front has done the same. When leaving the roundabout, signal left after you have passed the exit before the one you intend to take. 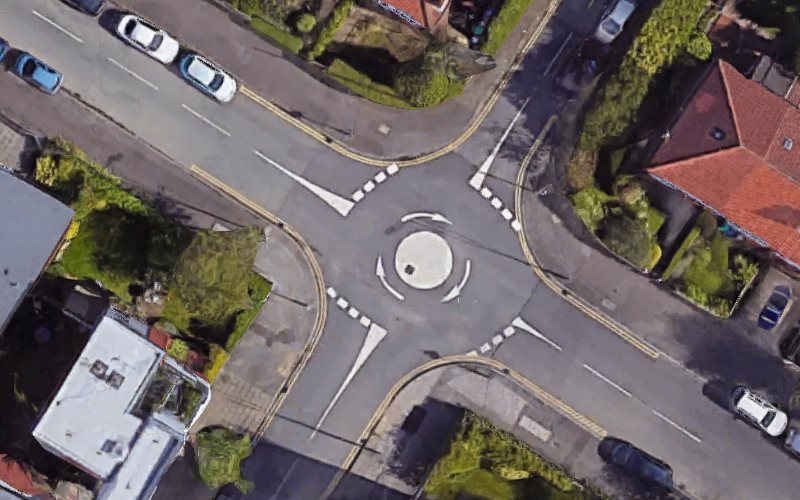 Mini roundabouts operate almost identically to a regular single-lane roundabout. The only difference is that the physical central island you'll be used to seeing is replaced by road markings. Don't be tempted to discount the importance of a mini roundabout—you must pass around the central markings in exactly the same way as you would an island.

As their name indicates, mini roundabouts are also smaller in size, giving you less space to manoeuvre. You'll need to be on the ball when it comes to signalling, as you'll have much less time to let other drivers know when you intend to leave the roundabout. The Highway Code also discourages drivers from performing a U-turn at mini roundabouts.

Did you know? The key characteristic of a mini roundabout isn't its size, but its lack of a central island. A roundabout with any kind of physical street furniture is not considered a mini roundabout—a smaller such junction would simply be termed a “small roundabout”. 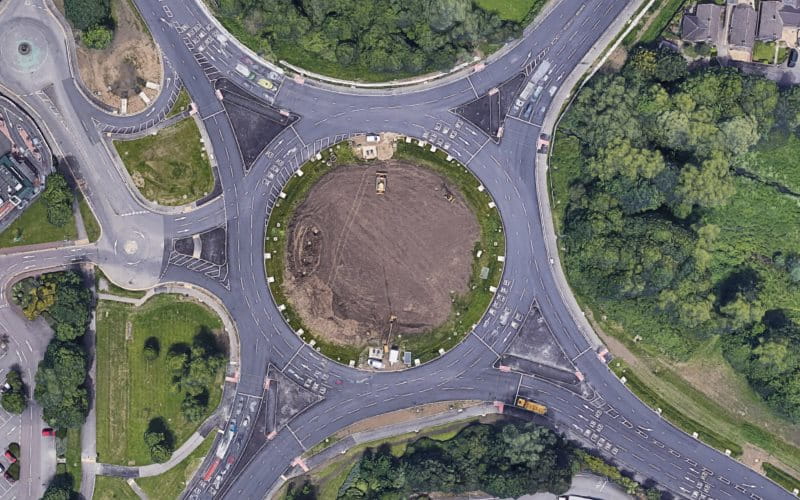 Multi-lane roundabouts come in all sizes, and with varying degrees of complexity. The only real requirement here is for there to be more than one lane for a driver to take when on the roundabout itself.

Upon approaching the roundabout, you'll need to follow many of the same procedures as you would when dealing with a single-lane roundabout, including the MSM process, deciding your exit, and adjusting your speed and position. However, you'll also need to choose which lane is most appropriate on the roundabout.

If you're intending to take the first exit to your left, signal left and approach the roundabout on the left-hand lane. Stay left while on the roundabout, and keep signalling left to show others that you intend to leave.

Drivers taking an exit to the right should signal right on approach, and keep right while on the roundabout. You should only change lanes when you are preparing to exit the roundabout. When you have passed the exit just before the one you wish to take, signal left to show that you're leaving the roundabout.

For intermediate exits, choose the most appropriate lane when approaching the roundabout—you won't generally need to signal at this point. Stay in your lane until you need to change your position to exit the roundabout, and signal left after the exit before the one you want to take. 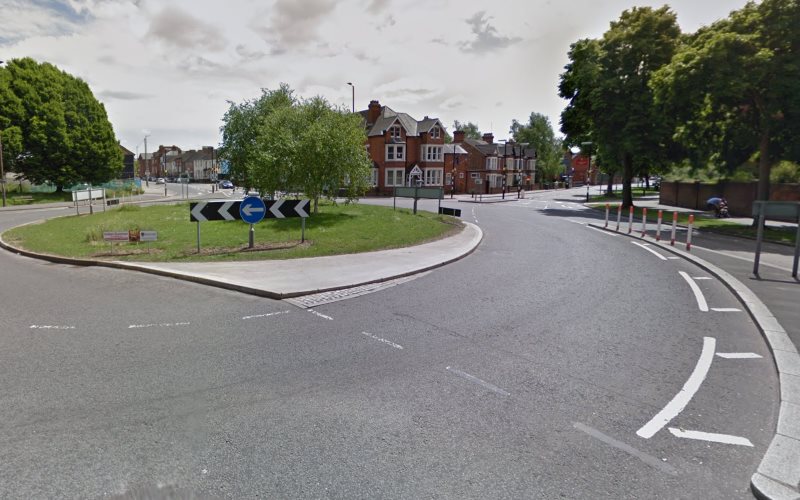 One of the newer types of roundabout, turbo roundabouts are a form of two-lane roundabout that require the driver to choose their intended direction upon approach. This may sound familiar—but there's a difference. Unlike with standard roundabouts, once you choose your path on a turbo roundabout, you're locked into your choice.

This design is comparatively rare in the UK, with the first major example being the one shown in the image above, which opened in Bedford in 2014. In the Netherlands, however, where turbo roundabouts are much more common, numerous designs abound, including many with lane dividers which prevent drivers from switching course later on.

Turbo roundabouts have proved controversial: some designs effectively prevent drivers from performing a U-turn, while the use of lane dividing furniture can make manoeuvring difficult for larger vehicles. However, stats have shown a dramatic decrease in accidents on turbo roundabouts when compared to standard multi-lane designs.

Time will tell whether the design catches on here as it has done abroad. For now, though, all you need to know when you see one is to choose your lane in good time, and signal when you're leaving the roundabout.

Often, roundabouts are seen as an alternative to traffic light-controlled junctions. In certain instances, though, traffic lights may be placed at entrances to a roundabout to help control traffic flow.

The usual rules of entering a roundabout don't quite apply here—if the light is green, you have priority and can move off. Once on the roundabout, follow the usual rules that apply to single- or multi-lane roundabouts as appropriate. 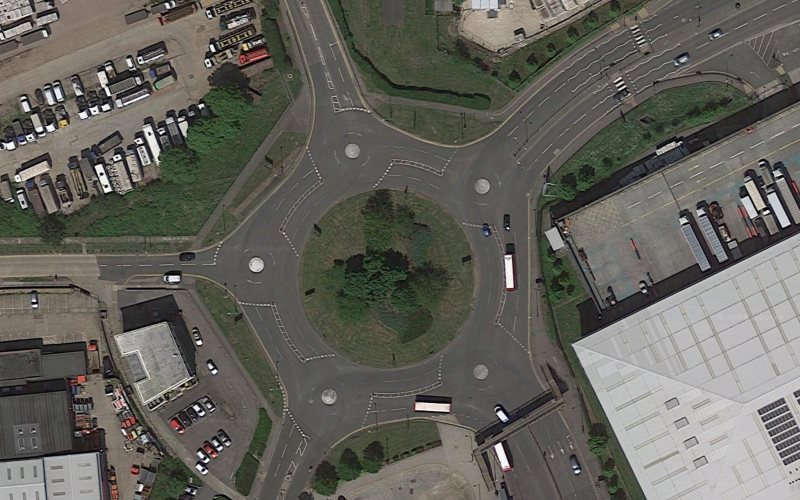 One of the most feared junctions of all is the so-called magic roundabout. Though making few appearances on Britain's roads, this design tends to be notorious in the locations where it pops up—Swindon being the key example, with several more found across southern England. Interestingly, these designs tend to be very safe—partly because drivers travel very slowly here, reducing the risk of a serious collision.

The important thing to bear in mind as a driver approaching such a roundabout is that it is made up of a series of mini roundabouts. You should treat each of them separately, giving way on your approach and signalling when you intend to leave. Don't panic—you know what to do here! 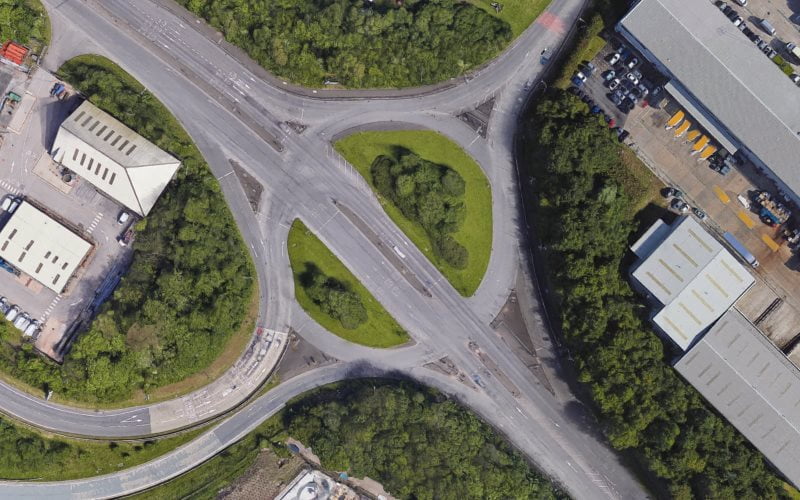 Cut-through roundabouts, also known as 'throughabouts' or 'hamburger roundabouts', combine a roundabout with a straight road. This design necessitates the use of traffic lights—it would be impossible to safely cross the area where the roundabout and main carriageway intersect otherwise.

Naturally, obeying the traffic lights is key to traversing such junctions safely. You'll typically come across several sets of lights as you work your way around the roundabout—necessary for safety reasons, but making this one of the more frustrating junctions to encounter if you need to take the third exit! 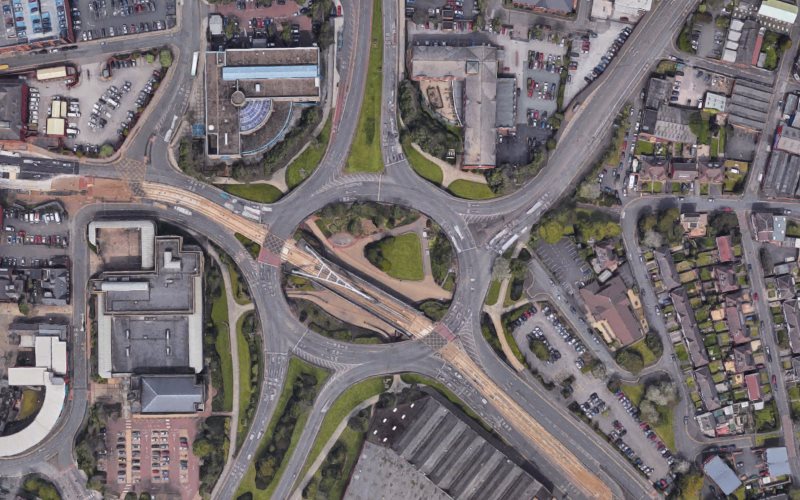 A variant of the hamburger roundabout sees tram tracks crossing through the centre of the junction, as seen in the image above from Wolverhampton. Only a couple of other examples exist in the UK—a similar configuration can be found in New Addington in south London, while in Sheffield, the Supertram passes overhead. 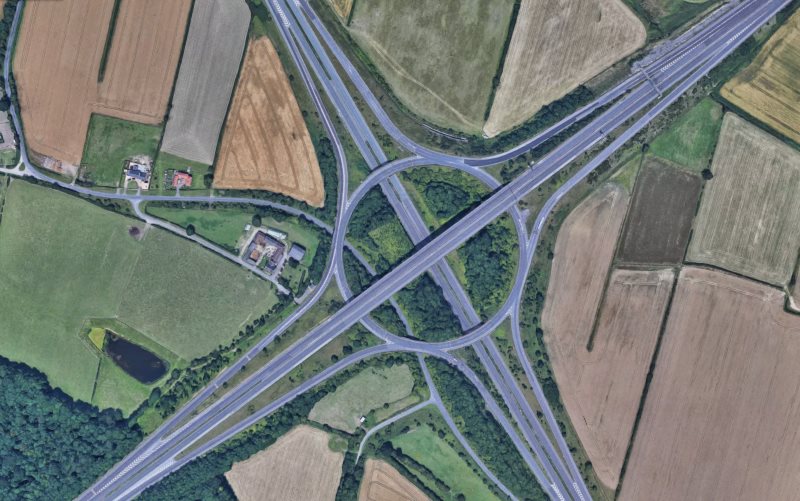 While you may think of roundabouts and motorways as two things that don't mix, there are several places in the UK where you may find a roundabout interchange. These junctions tend to be stacked, where one of the roadways is grade separated (i.e., passes overhead or underneath). In certain instances, there may be a 3-level stacked roundabout, where the roundabout and two main roadways are all on separate levels.

Tips for all roundabouts 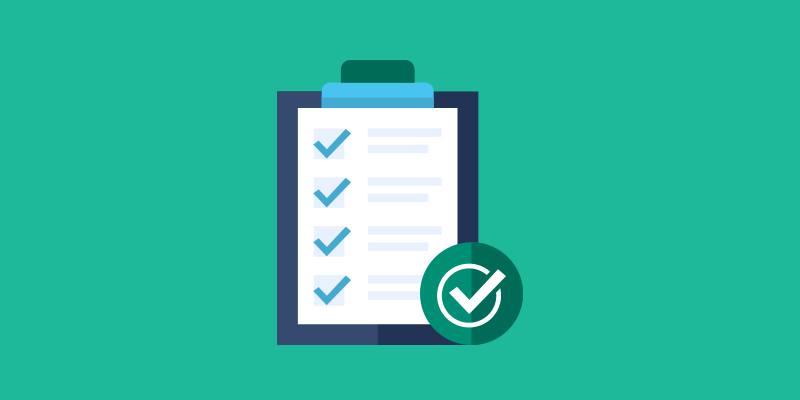 Need a quick recap of how to deal with roundabouts? Here you go!

When you reach the roundabout…

When taking the first left…

When taking an exit to the right…

When taking an intermediate exit…