7 Tips for Getting Over Driving Mistakes

A blunder here, a miscalculation there: making mistakes while driving is pretty much inevitable. From the learner who lacks experience, to the mature driver who’s become complacent, nobody’s immune to slipping up now and then. The big question is: how can you get over these driving mistakes and stop feeling bad about them?

We’ve put together our top tips on this very topic so that, as you rack up the miles, you can stop dwelling on the shame of stalling or the guilt of a near-miss. We’ll concentrate on how, instead, you can move on to pastures more grey: a lengthy stretch of winding road on your next car journey.

① Learn from it

The best thing you can do to get over a driving mistake is to learn from it. Acknowledge that you did something wrong, realise exactly what it was, and put a plan in place to stop it happening again. That way, your mistake can actually serve a purpose: it will help you to become a better driver in the long run.

Here’s a scenario with which many drivers will be familiar. Say someone beeps as you change lanes, and it turns out that you inadvertently cut them up. You’ll probably get a scare. Your heart will be pounding, and you’ll ascertain that you didn’t see them because, although you looked in your mirrors, you forgot to check your blind spot.

Now, you might not enjoy the feeling, but that near miss will hopefully shock you into a less complacent attitude. Next time, you’re far more likely to remember you to glance over your shoulder before completing a similar manoeuvre. Everyone around you on the road will be safer as a result. That’s exactly how to turn your mistake into a positive outcome.

In fact, the law recognises that this is an effective response to those occasional lapses in judgement to which we’re all susceptible. In some circumstances, if you’re caught speeding, you may be offered a speed awareness course instead of points on your licence. The course is graphic, and leaves you with a lasting insight of the implications of your actions. Rehabilitation, rather than punishment, is a really great way to move on.

② Chat to your driving instructor 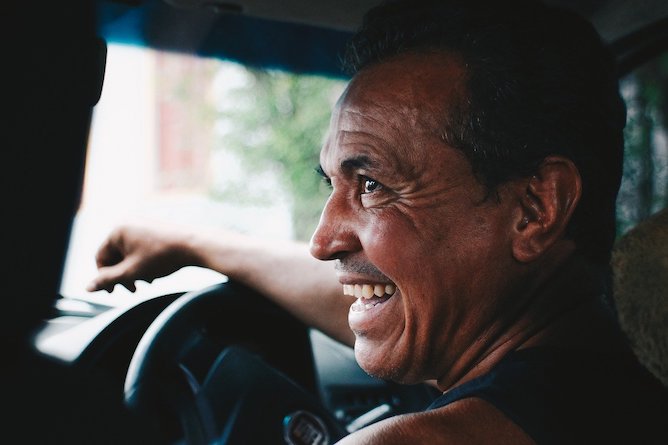 If you’re still learning to drive, your instructor is well placed to help you get over your driving mistakes. They have a unique insight into your abilities and will be able to make personalised recommendations that will help you improve on those areas that keep letting you down. They’ll also be able to reassure you that it’s very common to keep making mistakes in your driving lessons. It’s an important part of the learning process and anyway, if you’re going to mess up, now’s about the safest time to do it.

③ Stop with the ‘what if’s

What if I had had my child / friend / parents in the car? What if the other driver hadn’t reacted so quickly? What if I had caused someone serious harm? It’s one thing to acknowledge that you’ve made a mistake behind the wheel, but diving down an increasingly terrifying list of imaginary scenarios isn’t going to help anyone.

Try taking some deep breaths and reframing your negative thoughts. Thankfully, the other driver was on the ball; thankfully, nobody got hurt. What a relief!

④ Accept that embarrassment is temporary

You might dwell on your minor mistake, but chances are that anyone who witnessed it will forget about the incident in an hour or 2. Think about it: most of our interactions with other drivers are fleeting. If you’ve done no more than cause them a little inconvenience, they may inwardly (or outwardly) curse you, but will then, most likely, move on with their day.

If you’re really embarrassed about what happened, consider it from the perspective of a fellow road user. How would you treat a driver who you’ve seen err somehow? Imagine you’ve been held up because someone’s got in the wrong lane of a roundabout, or has forgotten to indicate in good time, or keeps stalling. Even if they came close to causing your car some damage, the most you’ll probably do is regale a few of your friends with the story. And then, well, that’s that. You get over it.

Some learners feel so much shame after making a driving mistake that they don’t want to face their driving instructor again. Well, we’re here to tell you that your instructor has got over it too. Their job is literally to teach you how to drive; they expect you to mess up now and again!

All they want now is for you to prove that it was an anomaly. Focus on mastering that skill instead of hanging onto embarrassment for something that, in a day’s time, nobody else will even remember. 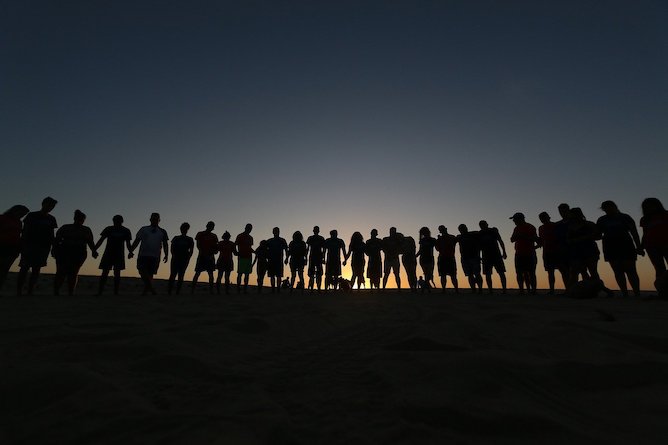 It might feel like you’re the only one who does stuff wrong, but ask any driver and they’ll be able to tell you about some kind of error they’ve made on the roads, big or small. Some will have caused a serious accident; others will have had a scare, or reversed into a bollard, or scraped someone’s paintwork.

If they can’t think of a time when they’ve messed up, chances are they’re either lying or have got over the mistake to the extent that they’ve eliminated it from their mind. It’s completely normal to make mistakes. And it’s completely normal, as a learner driver, to make loads of them. You’re among friends—and if you’re finding driving hard, there are plenty of practical things that can help.

It’s totally normal to feel bad after making a driving mistake. You’ve done something wrong, and feeling anxious or guilty or stupid is a normal reaction to that. You’re not going to get over it by bottling up those emotions or pretending they don’t exist. The key is not to let the feelings eat you up, or stop you from driving again. Get behind the wheel again as soon as possible, so that you don’t let those feelings fester away. If you’re not feeling confident, ask someone you trust to accompany you. For those of you who’ve already passed your driving test, there’s always the option of booking a refresher lesson or 2 to benefit from the reassurance of a professional instructor.

⑦ Talk to someone professional 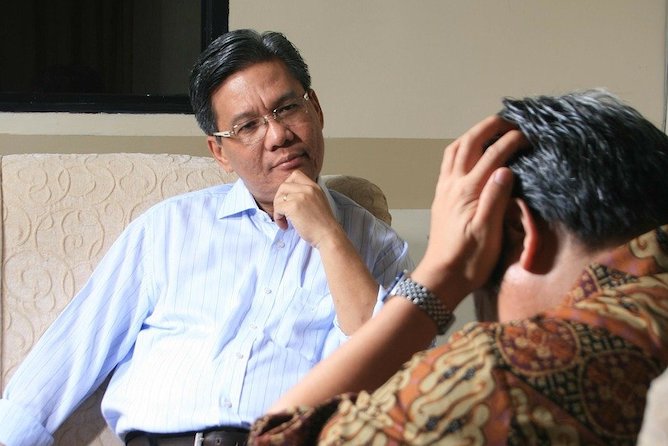 Some mistakes can have drastic consequences, and maybe you’ve caused an accident and people have ended up getting hurt. If that’s the case, you might struggle to move on from the incident without a strong support network—which may include getting professional help. Make a doctor’s appointment and talk to your GP about how the accident has affected you. They may be able to prescribe medication or refer you to a mental health specialist; waiting times can be long on the NHS, so it’s worth getting the ball rolling as soon as you can.

If you’re able to, you might want to consider investing in private therapy. But if that’s not an option for you, there are lots of other mental health resources out there. MIND can help signpost you to relevant support, and there are trained volunteers available 24/7 at the Samaritans to take your calls; it’s free to phone them on 116 123.

Alternatively, you can always email them for a response within 24 hours.