Who Has Priority at an Unmarked Crossroads?

Imagine driving without any rules. No signposts, no traffic signals, no white lines on the roads. Nobody sure of their own rights, let alone anybody else's. Well, although most of the UK roads aren't like that, unmarked crossroads are a bit of an exception. Facing them is like trying to find treasure without a map: chaotic and little frustrating. Even experienced drivers can be reduced to dithering wrecks in the shadow of an unmarked crossroads, particularly when there's more than one vehicle waiting to go.

Thankfully, it doesn't have to be that way. Even in these most confusing circumstances, your driving skills can help to override the confusion and fear.

We'll take you through the clues you should look out for—and the driving principles you need to remember—to make the best choices at unmarked crossroads... even if the rules aren't all that clear.

What is an unmarked crossroads?

Crossroads are roads going in different directions that intersect by ‘crossing over’ each other. They can be in a perfect cross shape, or they may be staggered. Usually crossroads are signed in some way, using traffic signs, signals or road markings.

But sometimes, particularly on rural roads or side roads, you might come across a crossroads where there are no markings at all.These are known as unmarked crossroads. They can be particularly problematic when driving an unfamiliar route. With no 'Give Way' or junction signs reminding you to take appropriate measures—like slowing down—you could find yourself in the middle of the crossroads before even realising it's there. That's hazardous territory, because traffic could potentially be crossing your path.

To avoid coming across an unmarked crossroads unexpectedly, you need to be really observant when you’re driving. We all know how important it is to keep an eye out for road signs and markings, but you should also take note of the landscape around you. Watch out for upcoming gaps in fences, hedges or buildings. These spaces could indicate that there are other roads intersecting with yours.

Look ahead to other traffic, too. If another vehicle is making a turn or joining your road, that’s a sure way to tell that there’s a junction coming up. If you’re driving sensibly and looking out for changes in your surroundings, you should spot an unmarked crossroads before it’s too late.

Stuck at a crossroads while looking for learner car insurance? Marmalade has young drivers covered with a range of insurance options from learner to full licence, to drive their own car or share the family car.

Why are some crossroads unmarked—and aren't they dangerous? 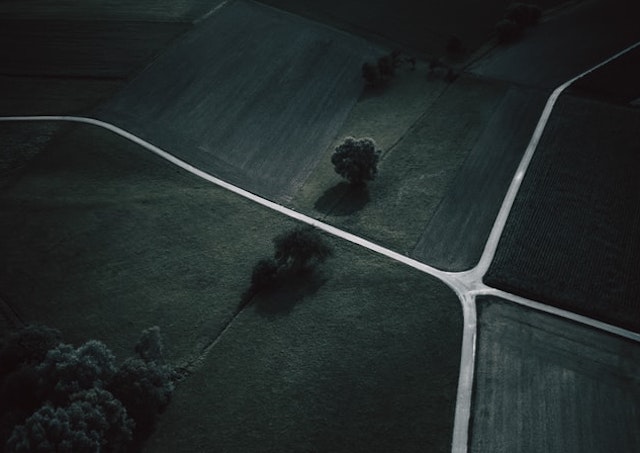 Road markings are generally used to make busy roads safer to drive. Routes with less traffic, like country roads and side roads, often sport fewer signs. However, this doesn’t necessarily mean they’re more dangerous. There’s evidence that drivers are more cautious when they aren’t told exactly what to do. Driving safely is all about making the best decision with the information available to you. That includes following rules that are signed, but it also means responding to other drivers’ behaviour.

Without signs or symbols to guide you, you're forced to be more alert to your circumstances and assess hazards more spontaneously. This is a method that’s been tested in the Netherlands. The idea of a 'shared space' on the roads encouraged drivers to slow down and rely more on eye contact with other road users. It was found that taking out road signs and symbols actually led to fewer serious crashes.

So, while unmarked crossroads do have the potential to be dangerous, the uncertainty drivers feel makes them more careful than normal—which in turn is likely to keep them safe.

Who has priority at unmarked crossroads?

The Highway Code reminds us that nobody has priority at unmarked crossroads (rule 146). That means that you don’t have any formal right to emerge onto the junction before other vehicles. Neither do they have the right to go ahead of you. That said, there are general right of way principles used at normal crossroads that we can apply here.

These aren't hard and fast, so never just assume that another driver will be on the same wavelength as you. But in general:

Things get more tricky when you arrive at the same time as another vehicle. Sometimes it can indeed lead to a stalemate, as you both try to figure out who should go first. Establishing eye contact with the other driver will often give you a good idea about their intentions.

How should you deal with an unmarked crossroads?

With the only definite rule being that there are no definite rules, there's plenty of space for interpretation at an unmarked crossroads. On the other hand, there are certainly ways you can ensure best practice when approaching and emerging onto them. 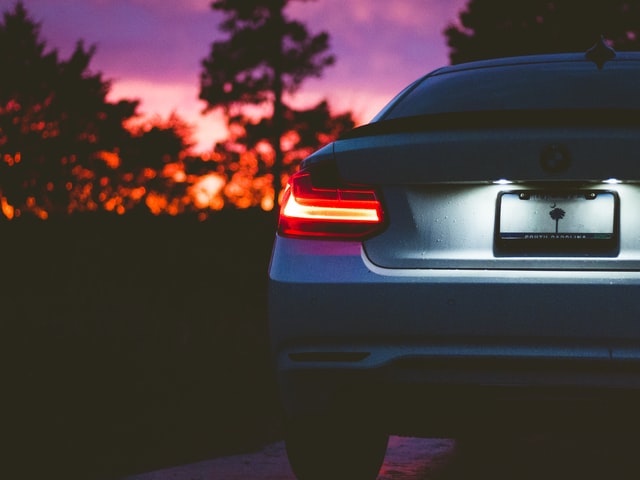 As with any junction, you should slow down upon your approach to an unmarked crossroads. You need to be driving at a speed where you can give way and stop if necessary. This will be easier if you’re already driving at a speed that's suitable for the road. Even if you’re driving on a country road that is subject to the national speed limit, it is not always appropriate to go that fast.

Do everything you can to make other road users be aware of your intentions. Use your indicators appropriately to signal if you’re making a left or right turn. Your road position will help you enter the crossroads at the correct angle, but also helps demonstrate to others where you’re heading. Looking at other drivers' indicators and road positions are also good clues as to which direction they are going.

Observation really is your best friend at an unmarked crossroads. Check in all directions before pulling out, and be aware of any approaching traffic during the manoeuvre. As with normal crossroads, give way to traffic that is already on the junction, or is pulling out as you approach. If your line of vision is limited—a ‘closed’ crossroads—you need to be particularly vigilant. Blind junctions, where your vision is totally obscured, are the most tricky. Pull out cautiously and be prepared to stop if you suddenly see other vehicles crossing your path.

Here’s where your clutch control skills really come into their own. Applying the right pressure to your accelerator as you depress the clutch will help you move off at an appropriate speed.

So yes, it's understandable to find unmarked crossroads a little daunting. But it's really just a case of falling back on your training. Combine those hazard perception skills with your practical driving know-how—and hopefully unmarked crossroads won't seem so confusing after all.

If you think unmarked crossroads are confusing, wait until you try and figure out car insurance! Marmalade makes things easy with their Learner Driver Insurance. Practice your driving skills in a friend’s or family member’s car with short term insurance from Marmalade — with no risk to the car owner’s No Claims Discount.