Passing Parked Cars: Who Has Priority?

Although roads are primarily used for getting from A to B, they also often serve as a car park when you get where you want to go. That means that as a driver, you need to be able to navigate your way past parked cars safely. A fair bit of learning to drive is learning how to react appropriately to different situations. But you rarely have to fully improvise. There are rules which you should be able to adapt to your circumstances. Overtaking parked cars or other stationary obstacles is no different.

We’ll take you through the rules at play, and give you practical tips on how to follow them when you’re driving in real life.

How should you pass parked vehicles?

There are 4 main things you need to consider when approaching parked vehicles:

On your driving test, your examiner will be looking to see that you can make good judgement calls by assessing each of these questions. Let’s delve into them in more detail.

Who has priority when passing parked cars?

Sometimes there’s enough room for two-way traffic to navigate past a parked car—but often there isn’t. In these cases, there are two rules for working out who has right of way when passing parked vehicles. The first is communicated in Rule 163 of the Highway Code:

give way to oncoming vehicles before passing parked vehicles

However, this rule is qualified by another rule: commitment. If you’ve already started your overtake, oncoming traffic should give way to you. Likewise, if an oncoming driver has committed to an overtake, you should give way to them. In either instance, which side of the road the vehicles are parked on doesn’t matter. You’re committed if you:

Of course, if you’re both committed, one of you will have to reverse. That should be the driver who will be least inconvenienced. Usually that’ll be the person who has the shortest distance to reverse, but you should also take into account whether either one of you has traffic behind you. One car moving backwards is less inconvenient than a line of drivers having to reverse. 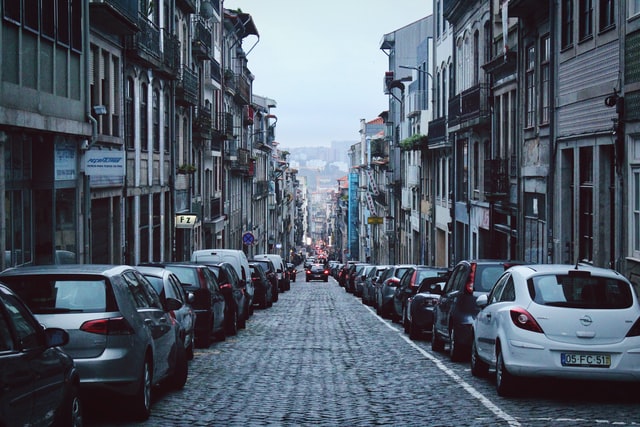 Double parking is where there are cars parked on both sides of the road. On narrow streets, where there isn’t enough room for you both to overtake the parked cars, you’ll have to decide who should go first. The rule in this instance is first come, first served. Whoever gets there first has priority, and can begin their overtake. If you arrive at the same time then try to establish eye contact with the other driver to gauge their intentions. There’s no right or wrong, but once someone has started the manoeuvre and is committed, the other driver should give way. You should use these rules even if the parked cars are staggered, rather than directly opposite each other.

Now, you might already know that drivers shouldn’t flash their headlights to communicate with others, other than to simply let them know that you're there. It’s not always totally clear what someone intends by flashing, and we should aim for clarity on the roads, rather than confusion. The reality is, though, that plenty of drivers do use their headlights to communicate more widely. If an oncoming driver flashes you when you’re facing parked cars or another obstruction, they will usually mean that they’ll wait while you go first. Just remember that there’s always room for misinterpretation when signals are used like this.

To help your overtake go as smoothly as possible, you need to make sure that you’re in the right position. As you prepare to pull out, check in your mirror and move to the right hand side of your lane. There are 3 benefits to this:

You need to get in position in plenty of time, because, as we'll soon see, you want to start pulling out nice and early. 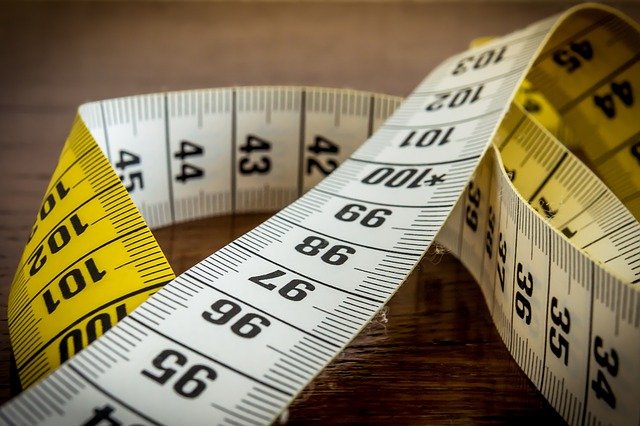 When you overtake any obstacle, you need to give it enough space, both length-ways and width-ways. As this is a safety issue, it's something that your driving examiner will be particularly looking out for.

Swinging out at the last possible second not only risks you clipping the parked vehicle, but also means you could come face-to-face with an oncoming vehicle. Instead, move out when there’s still plenty of room between you and the obstacle you’re overtaking. That way, you’ll also have enough space to move back in behind it if you need to. As an added bonus, you’ll be able to glide (rather than swing or swerve) out, which means you can get your car straighter more quickly. That way you’ll use up less road space, which might allow oncoming traffic to pass you at the same time.

Passing parked cars isn’t just about getting around a static object. You should always be mindful that people may open their doors from the inside. So that you can avoid ripping anyone’s door off, try to give parked vehicles a clearance gap of a metre. That’s enough room for a car door, but will avoid hindering oncoming traffic more than necessary.

You may also need to decide whether two-way traffic can pass during your overtake. Rather than using the white centre line as a guide, get used to looking at the available road space. That’s the area you’ve actually got to play with. If you and an oncoming vehicle can fit in that space, you don't need to wait for them to go first. Otherwise, sit tight until there's a lull in the traffic 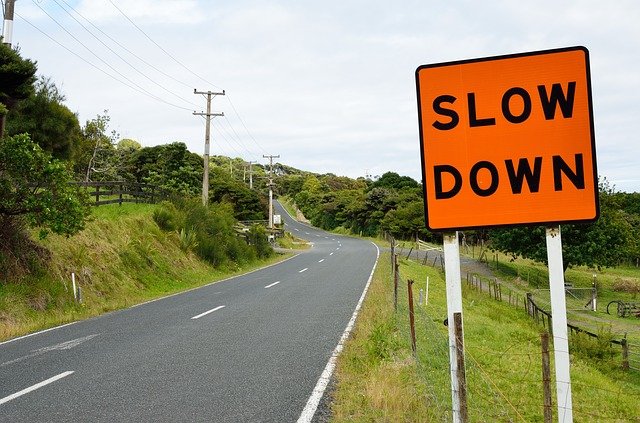 It’s not always possible to give parked vehicles as much space as you’d like, and this is where speed comes in. Slowing down will help give you more control and allow you to stop more quickly if you need to. With one metre's clearance each side of you, you should be able to drive at about 20mph. However if you’re squeezing through a gap with less room, you need to reduce your speed accordingly. The less space, the lower the speed. You’ll need to make sure you’ve got top clutch control skills to manage your car when you’re going really slowly.

① Should I indicate when passing parked vehicles?

Usually when you’re overtaking, you should stick your indicators on to let your fellow road users know what you’re planning to do. But when passing parked cars or other obstacles, indicating can be extremely confusing to other drivers. They might well think you’re intending to turn into a junction or a driveway if you do signal right. Instead of using your indicators to signal your intentions, focus on your road positioning. If you move to the right hand side of your lane in plenty of time, cars behind you will be able to see:

The only time when indicating right might be helpful is where it could appear that you have parked up behind the other cars. If that’s the case, drivers behind you might try and overtake you—and if you start pulling out, you’ll probably collide. Where you do judge it to be helpful, you should turn off your right indicator as quickly as possible after you’ve moved out. You should always avoid indicating left, as it could appear to other drivers that you intend to park in front of the parked cars, or make a left turn. Again, they may try and overtake you without realising that you’re still moving… chaos!

② What should I do about passing a line of parked cars?

If you’re facing a line of parked cars with gaps in between them, it’s best not to slalom in and out. It’s usually much safer—and will take less time overall—to treat the overtake as one manoeuvre. That said, you can use gaps as passing places to let oncoming traffic through if you need to.

③ What about passing parked vehicles on bends?

Your visibility is very limited on corners, so you need to be extra careful if you have to pass a car on one. It you're overtaking on a right-hand bend, try to keep in your lane as long as you can, so that you can see further beyond the stationary vehicle. The opposite is true on a left-hand bend, so in that case it's best to move out in good time.

Of course, it isn’t just parked cars you have contend with on the roads. Learn best practice for passing cyclists and animals in the road with our comprehensive guides.