How To Deal With Bad Drivers

Driving is great for many reasons. It’s convenient, relaxing and gives you an amazing sense of freedom. The only thing that spoils it? Other people! Yes, sadly, all newly qualified drivers rapidly realise that there are plenty of bad drivers out there on the road. It would seem that no matter how much training they’ve had, or how well-known the highway code is, some bad eggs just refuse to play by the rules.

The particularly frustrating thing about this is that bad driving affects all road users. Even if you’re a good driver, there’s no guarantee that you’ll be safe on the road, because the actions of someone else can have an impact on you.

The good news is that you don’t have a complete lack of control when it comes to bad drivers. In many cases, how you respond to the mistakes of others makes all the difference. We’re going to explore the best way to deal with a variety of misguided motorists. Follow our advice and refuse to let another bad driver ruin your day!

What makes a bad driver?

The term ‘bad driving’ actually covers a multitude of sins. We can, though, largely split bad drivers into two categories: those who don’t care what the rules are, and those who are completely oblivious to the fact that their motoring is sub par. Both groups can cause all sorts of problems for other road users.

These guys can be the scariest to meet on the road. Their reckless approach to driving can include anything from small selfish actions (overtaking at high speeds or cutting you off) to getting behind the wheel under the influence of drugs.

This kind of driving is just downright frustrating. These are the kind of people who seem to think that everyone else on the road either does not exist or (the real kicker) can at the very least read their mind. They make last minute turns, abrupt stops and probably wouldn’t even be able to point out where the indicator function is in their car.

How to deal with a bad driver

If you come across a bad driver while out and about, it can elicit a range of emotions. Depending on how it’s affecting you, you might feel amused, worried, frustrated or furious. Each of these feelings are perfectly valid, but can confuse our approach to the situation at hand.

Like many things in life, the ultimate question here is going to be, fight or flight? Do you tackle the situation head on, or attempt to get as far away from it as possible? Whichever you choose, keep in mind is that your safety is paramount.

To address or to avoid? 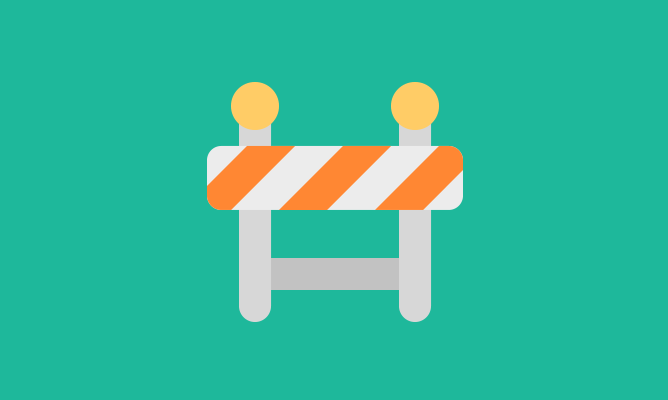 More often than not, the best approach is to put as much distance between you and the driver in question as possible. Give them plenty of space to do whatever silly thing they’re doing and try to keep yourself out of the potential disaster zone. If road conditions mean that it is difficult to get away from the dangerous driver, it’s even worth taking a different route altogether.

The problem is, getting worked up and being convinced that you are in the right is an intoxicating mix that sometimes leads people to act boldly. Now, bold may be brave, but it isn’t necessarily wise. You may find, for example, that you have an overwhelming desire to confront the bad driver. For starters, you’re both in cars, so this will be tricky. Do you go for the rude hand gesture out of the window, or a few loud beeps of your horn to alert them to your frustration? Trick question! The answer is: none of the above!

If you do insist on direct confrontation, you also need to watch out for using your car as an extension of yourself. Just because you can’t get up in the face of a bad driver does not mean you should drive your car as close to them as possible. It’s very easy to do when you’re annoyed, but can come across as extremely aggressive. You might think you’re putting the world to rights and scolding them, but other road users will start to see you as the hazardous party!

Even if you have decided to address the person’s behaviour directly, it does not necessarily need to happen without haste. In fact, there are few instances where you need to challenge a bad driver straight away. Only do so if danger is imminent. We’re talking a crash is about to happen, or someone else is already hurt. In extreme cases you may need to just pull over safely and contact the police.

Try to stay calm and avoid succumbing to road rage. In most cases you should take a few deep breaths and collect yourself, before working out the best strategy for the particular scenario.

Have a very pushy motorist driving right up behind you? The best way of dealing with tailgaters is to increase the amount of space between you and the car in front. This gives you more time to reduce your speed, forcing the person behind you to slow down too. At the next available opportunity, swallow your pride and just let them overtake you.

Whether it’s down to tiredness, boredom, or the fact that they’re just not good drivers, some people make little mistakes that risk big accidents. You may notice, say, that a person has left their indicator on after turning, or they are not using their lights even though visibility is bad. In these situations, you can flash your lights to alert them that something is wrong. If they still don’t get the hint, and the hazard starts to develop, beep your horn in a controlled manner. The latter can also be used for rapidly developing issues, like the car in front slowly rolling back into you.

These are serious driving offences. If you can either see that a person is committing one, or the erratic nature of their driving suggests that they are, you should keep your distance and then report them to the police.

When getting your snitch on, be sure that you’re not using your phone while the engine of your car is running, as this is illegal. Pull over safely and turn off the engine. It will be particularly helpful for the authorities if you have the licence plate number of the culprit’s car. Obviously this is easier to obtain if you have a passenger or a really good memory—do not note it down yourself while you are driving! Even if stuck in traffic, this counts as distracted driving and could see you getting into trouble.

Tips on dealing with bad drivers