Can You Refuse A Driving Test Examiner?

Given how much time, effort and money goes into learning to drive, it can be incredibly disheartening to end up failing the driving test. It's usually down to a bad case of test day nerves, or the return of a bad habit. Some l

Let's run through the main reasons why a learner might want to refuse a driving test examiner, and whether or not it's possible!

Why would someone want to refuse a driving test examiner? 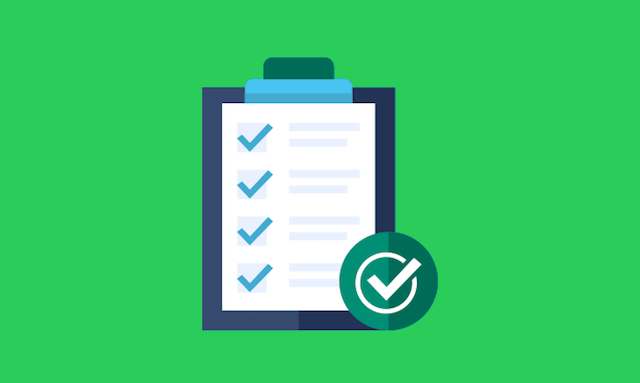 If you've not taken the driving test before, you might be wondering what reason(s) a learner might have to want to refuse a driving test examiner.

If a learner has had the misfortune of failing their driving test, they might put the blame onto their examiner. These feelings then cause the learner to assume that the only way they're going to pass is by taking the test with another examiner.

Let's take a deeper dive into some of the reasons a learner might not like their examiner (and why they might want to rethink their stance...).

Probably the most popular driving test myth that circulates the learner driver community is that driving examiners have pass and fail quotas.

These learners believe that examiners will fail someone on purpose, simply because they need to meet a certain number by the end of the week or month. If you feel like you performed well on your test, but still failed, you might cite these quotas as the reason for your failure.

This is 100% not the case. Driving test examiners do not have quotas. They will pass or fail a learner for their performance, not because they need to meet a target. Even if you disagree with the outcome of your test, you can rest assured that quotas weren't a factor in your examiner's decision.

The driving test can be a scary experience for some learners. It's a lot of pressure to deal with. Add in the fact that the examiner is watching your every move and it's no surprise that learners feel like they're sitting on needles the entire time.

The situation can be made worse if the learner feels like the examiner is being rude, brusque or even frowning too much. If you feel like the examiner doesn't like you, it's easy to assume that they've failed you on purpose.

It shouldn't really matter if you like them or not. They've got a job to do and they're going to do it in an impartial and professional manner. If they're not smiling much, or they're keeping conversation to a minimum, it's probably because they're trying to maintain a professional demeanour—or they simply don't want to distract you.

Unless they've been openly rude to you (in which case you should complain), you should assume that their personal feelings won't affect their decision.

There are a few situations in which an examiner is allowed to stop a driving test early. When this happens to learners, it can feel unfair—you've put in a lot of time and effort to become test-ready, after all.

It's not surprising, then, that some learners might hold a grudge against an examiner for cutting their test short. It's important to remember, however, that an examiner would never cut a test short unless they had to.

Here are a few examples of when they might do so:

If your test was cut short by your driving test examiner, it was done so for a valid reason. An examiner wouldn't do so out of malicious intent—so don't go holding a grudge against them for it!

Not agreeing with the result

Plenty of learners have gotten to the end of their test convinced they've passed, only to end up failing. Often, this is because they haven't noticed themselves making a series of tiny mistakes. They may also have assumed that the mistake(s) they made were minor rather than major.

This confusion can often lead to a heated disagreement or hurt feelings. This can often be made worse if a learner discusses the outcome of their test with their instructor who didn't accompany them. If you tell your instructor that you were given a major fault for X, Y or Z, they might turn around and tell you that it sounds more like a minor fault.Though it might not be the instructor's intent, it can cause you to feel like the examiner has treated you unfairly.

We're going to be frank with you here. If you failed the test, it's because you did something to indicate that you weren't ready to take to the roads unsupervised. Or, you simply had a serious case of test day nerves, which caused you to slip up.

In any case, the examiner is just doing their job. They can't, in good conscience, pass you if they feel like you're not ready. So, don't take it personally!

So, can you refuse a driving test examiner? 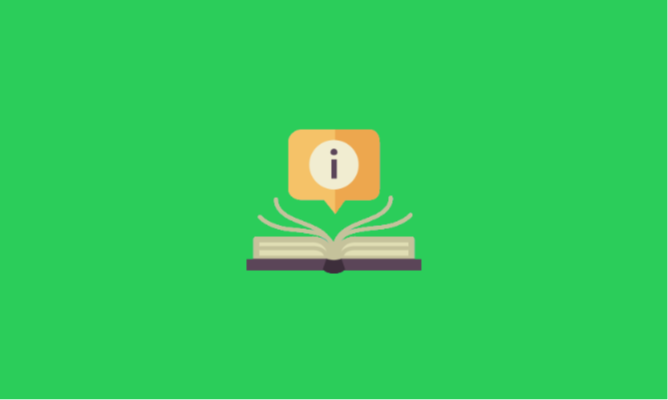 Technically speaking, yes, you can refuse a driving test examiner. Here's the catch, though—your test would be cancelled and you would have to forfeit the test fee and slot.

You can't simply show up to your test centre, refuse your examiner and ask for another one then and there. Test slots are in high demand and it's not like test centres have examiners waiting on standby.

If you do decide to cancel your test, you'll then have to wait around for the next available test date. Unless you decide to fast-track it, you could be waiting months for a new test.

Plus, there's no way of knowing whether or not you'll get the same driving examiner again. (This would leave you in the same position as before!)

Are there any exceptions?

The only real exception we can think of is if you know the driving test examiner personally, e.g., if they're a close friend or relative. In this case, you might be worried that they won't be impartial whilst conducting your test.

Of course, given that examiners are carefully trained in order to ensure they conduct a fair test, you shouldn't really have to worry about their impartiality.

If you do genuinely feel like a driving examiner is acting in an unprofessional manner, or is biased in some way, you should get in touch with the DVSA, or your chosen test centre, the next time you book your test. They might take precautions to ensure you're not assigned the same driving test examiner.

Why you shouldn't need to refuse a driving examiner 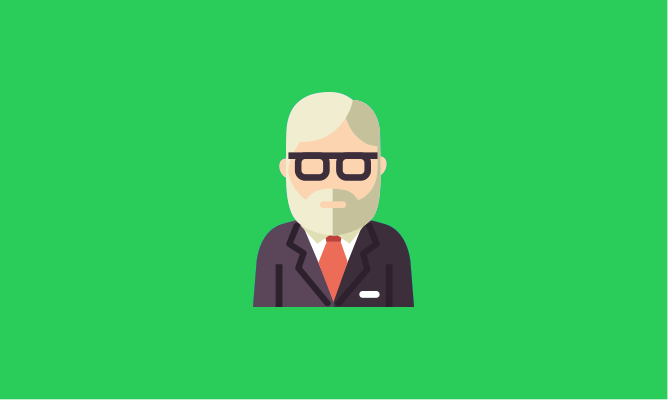 Driving examiners have to go through rigorous training and a series of tests before they can conduct driving tests by themselves. The DVSA have made it their top priority to ensure that all of their examiners can mark a test fairly and impartially.

To make sure that examiners maintain this high standard, the DVSA frequently conduct examiner assessments. So, if an examiner has failed you, it's because they believe you need more work before you can drive on the roads unsupervised—their personal feelings don't come into it at all.

Of course, that being said, examiners do have to use their own discretion when determining whether or not an action on the road deserves a minor or major fault. It could very well be the case that some of the faults noted down by your examiner might very well have been ignored by another. Unfortunately, that's just something you'll have to accept.

How to avoid problems with your driving examiner

If you're still convinced that an examiner is out to get you, we've compiled a few tips to help you avoid any problems and get your full driving licence.

Now, ordinarily, one of our tips would be to bring your instructor with you on your test. Having them with you in the car is a great reassurance and gives you extra confidence. However, due to COVID-19, learners aren't allowed to bring anyone with them on their tests. Don't worry, though: we've got other tips that might help...

Work on your weaknesses

When you fail your driving test, you'll be given a physical feedback sheet (or a digital one via the driving test app) that will list all of the areas you picked up faults in. You should pay close attention to this. If you've failed, the only way you're going to pass the next time around is by working on these weaknesses.

You can't blame an examiner for failing you more than once if you've failed to make improvements. So, take a refresher course with a DVSA-approved instructor in order to work on these weaknesses.

It might also be a good idea to read up on how you can go about impressing your driving examiner on your big day.

Know what works for you

One thing that many learners worry about with the driving test is whether or not they have to make small talk with the examiner, and how they're supposed to concentrate on their driving whilst holding a conversation with them.

If you've found that conversing with the examiner is distracting (and you're convinced that their blabbermouthing caused you to fail the first time around) you need to do something.

There are a couple of ways you can go about sorting out this problem. First, if you don't mind getting right to the point, you could politely let the examiner know that you find small talk distracting, e.g., "I'm sorry, but would we be able to keep conversation to a minimum please? I just want to concentrate on the directions." Examiners are professionals and they're all too aware of how different learners can be. So, don't be worried about speaking your mind!

If that's too forward for you, you could opt to give a commentary of your driving instead, e.g., "I'm coming to a stop now, switching to first gear. Lights are changing. Accelerator down, clutch up and I'm ready to go..." This would prevent the examiner from trying to hold a full conversation with you.

Go to another test centre

So, you've tried the test more than once with the same examiner and have had no luck. By this point, you're either convinced they have it out for you, or your nerves are so fried that you associate the examiner with failure and end up sabotaging your own performance.

A potential solution to your problem might be to simply switch test centres. Most areas in the UK have more than one practical test centre, so you'll likely have at least one other option close to where you live. The change in scenery might do your nerves some good.

Make sure it's not too far away from your usual test centre, or you might need to take additional lessons in the area in order to familiarise yourself with any local challenging road features.

If you genuinely feel like an examiner has behaved inappropriately or in an unprofessional manner during your test, you should lodge a complaint with the DVSA.

If the examiner has acted like that with you, it's likely that they've done so with others. As such, it's important that the DVSA are informed about their unacceptable behaviour.

You can find relevant information for this in the DVSA's complaints procedure outline. You can also appeal your driving test result if you feel like the examiner was unfair in their verdict. Bear in mind, however, that you won't be able to contest the result. Instead, if successful, you'll receive a free retest.