Let's Talk About The 8am Driving Test

We know there are certain trends that hold true when examining pass rates. Over the years, the DVSA have gathered plenty of data covering millions of practical test passes and fails; everything from a driver's age and gender to the location of their test centre and transmission of their car.

From this data, we can form a few assumptions about how likely a driver is to pass first time (or any time). For instance, a 17 year old male driver taking his first manual transmission test in Greater Manchester is more likely to pass than a woman in the same area, who is in her 30s and has learnt in an automatic.

Of course, some of these factors are things we can’t, or shouldn’t, change. We can’t make ourselves any younger, and it makes sense to learn to drive in the area in which we live. However, one factor that we can influence (to some degree at least) is the time of our test.

With that in mind, we’ve taken a look at some of the research that tries to establish whether any particular time of day indicates a greater possibility for passing than another. We’re particularly interested in the 8am test, as it is often a divisive subject. Some pupils are convinced that an early morning test will see them more likely to pass; others that there is a greater chance of failure.

So what does the research say? And should the evidence, one way or another, influence your decision on taking your practical test at a certain time?

Recent research conducted by DayInsure, an insurance company specialising in short-term cover, suggests that there is some correlation between time of day and chances of passing your test. But we can’t draw a simple straight line to demonstrate this, because their findings suggested that pass rates fluctuate throughout the day.

By comparing this to the average passes of each area, they concluded that the best time to take a practical test is in the evening—namely between 7 and 9pm. But, there’s a significant problem with this...

If you’ve taken, or even looked for a test before, you might already know that a great many test centres close mid-afternoon. Within Greater Manchester, for instance, it is common for test centres to close at around 3pm.

Many practical test centres close early on in the day

Since this was the most dramatic statistic—apparently, over 65% of those with their tests between 7pm and 9pm will pass—we are left over with a set of results that vary very little.

The data ranges from a pass rate of just over 52% between 9am and 11am, to a little less than 49% from 11am-1pm. Even these small differences in percentages can cause students to worry, or affect their decision about when they book their test.

And that’s not necessarily wrong: there are certainly factors that can influence the results that can reasonably linked to time of day. With regards to the 8am driving test, it will perhaps surprise you that this deemed to be within the 3rd most likely time period to pass—following both the evening and 9-11am slots.

In fact, there are logical reasons for this...

Factors associated with the 8am driving test

As it’s likely to be very busy, with lots of cars and bikes on the roads, there are a great many hazards of which you’ll need to be aware. Parents on the school run may stop suddenly to let their kids out the car; children may be crossing roads; commuters may be speeding to get to work on time; bikes may be filing past on your inside, and in your blind spot.

It is perhaps for this reason that taking your test immediately after the rush hour, when the roads have quietened down, will purportedly increase your chances of passing by about 1 and a half percentage points.

However, driving in heavy traffic is a skill that you’ll need to learn anyway, in order to be a competent, confident road user. Hopefully you will have encountered this sort of driving at some point or other during your lessons—and if not, then you’ll need to be capable of adapting your general driving ability to this (and other) situations. 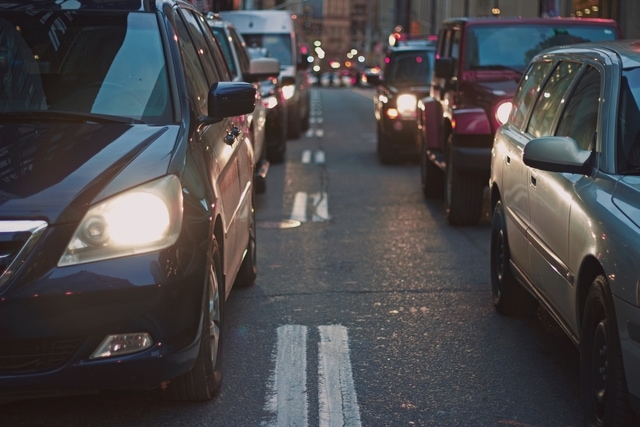 The morning rush hour may see you stuck in queues

Of course, if you are taking an 8am driving test, there is the advantage that the rush hour may prevent you having to drive very far—distance-wise—during your test. You’ll still have to perform all your required manoeuvres. But you may not quite get to that junction you’ve been dreading, or the notorious roundabout further away on your route.

With the 8am test, you have the added bonus of having it over and done with right at the beginning of the day.

If you work a job with regular 9-5 hours, or attend school, college or uni, this can be a real benefit. You won’t have to ask for much—if any—time off; you won’t have things to catch up on; if you don’t want people knowing you’re taking your test that day (in case you fail), you may well be able to keep it to yourself.

It also gives you the whole day to celebrate if you pass!

One major reason for a strong pass rate occurring during the morning rush hour is that we tend to be more alert soon after we have woken up.

That’s particularly true if you are naturally a ‘morning person’. If you’re more alert, then your reactions will be quicker, you’ll find it easier to spot potential hazards, and make good decisions. All of these things are crucial when attempting to pass your driving test.

Given that the morning slots generally have better pass rates than later on in the day, the research does seem to suggest that there is some truth behind this assertion. 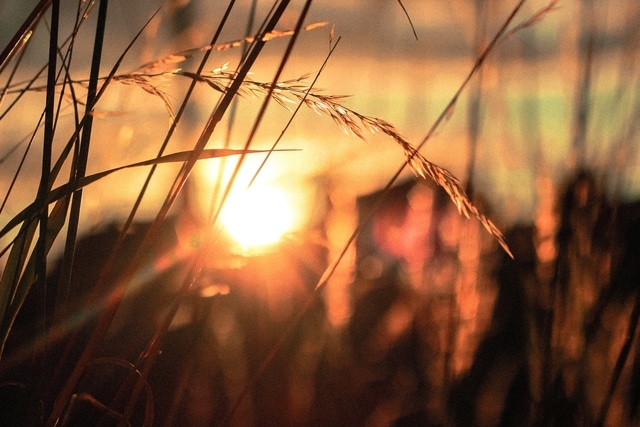 Learner drivers generally have a greater chance of passing in the morning than in the afternoon.

Does it even matter?

Data like this matters to those who want to ensure that they, theoretically, have the best chance of passing.

However, because data such as time of day is influenced by external factors, it falls short on a few different levels.

• It misses out personal factors. You might have had a lot of lessons at rush hour, and be accustomed to driving in heavy traffic.

• External factors can change. A certain time of day does not automatically guarantee you certain conditions; it simply increases the likelihood of them. You may encounter heavy traffic in an evening—if there is a football match or other event occurring close by, for instance.

Alternatively, local schools may be taking an INSET day, dramatically reducing morning traffic. There are many things that could affect traffic levels.

• Small variations. A couple of percent here and there is not conclusive. But that’s OK. In fact, it should be reassuring. It means that people taking their tests at different times of day have roughly the same chance of passing (other factors aside).

Essentially, taking an 8am driving test will most likely stand you in good stead for a pass. But there are factors far more important than time of day, all of which you can influence.

Once your time has come around and you've got that pink licence, it will be time to get your own set of wheels! That’s where Cazoo comes in. From financing to delivering your new vehicle to the door — Cazoo is the best way to buy a car online.

So, what can I do to increase my chances of passing?

Being prepared for your practical driving test has a far greater bearing on the outcome than the time of day at which you take your test. It’s important to have a good instructor and know what is expected of you.

It also really helps to be familiar with the car that you're driving. Check out our article on taking the test in your own car for more information. Without these things, an 8am driving test will not help you to pass. Then again, it won’t cause you to fail, either!

Want to learn more about pass rates? Check out our guide to driving test pass rates by area.